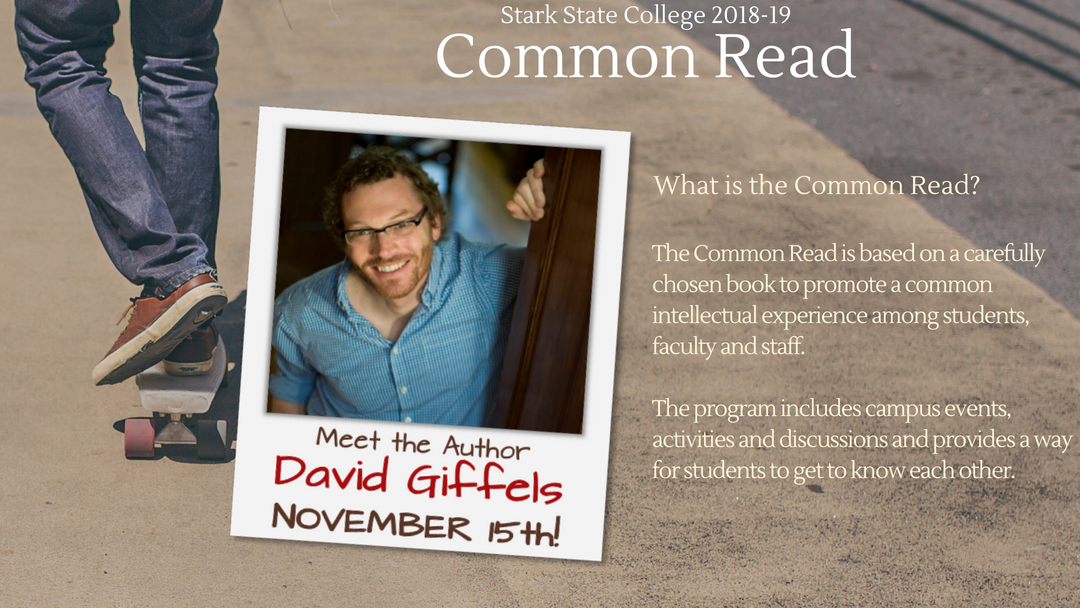 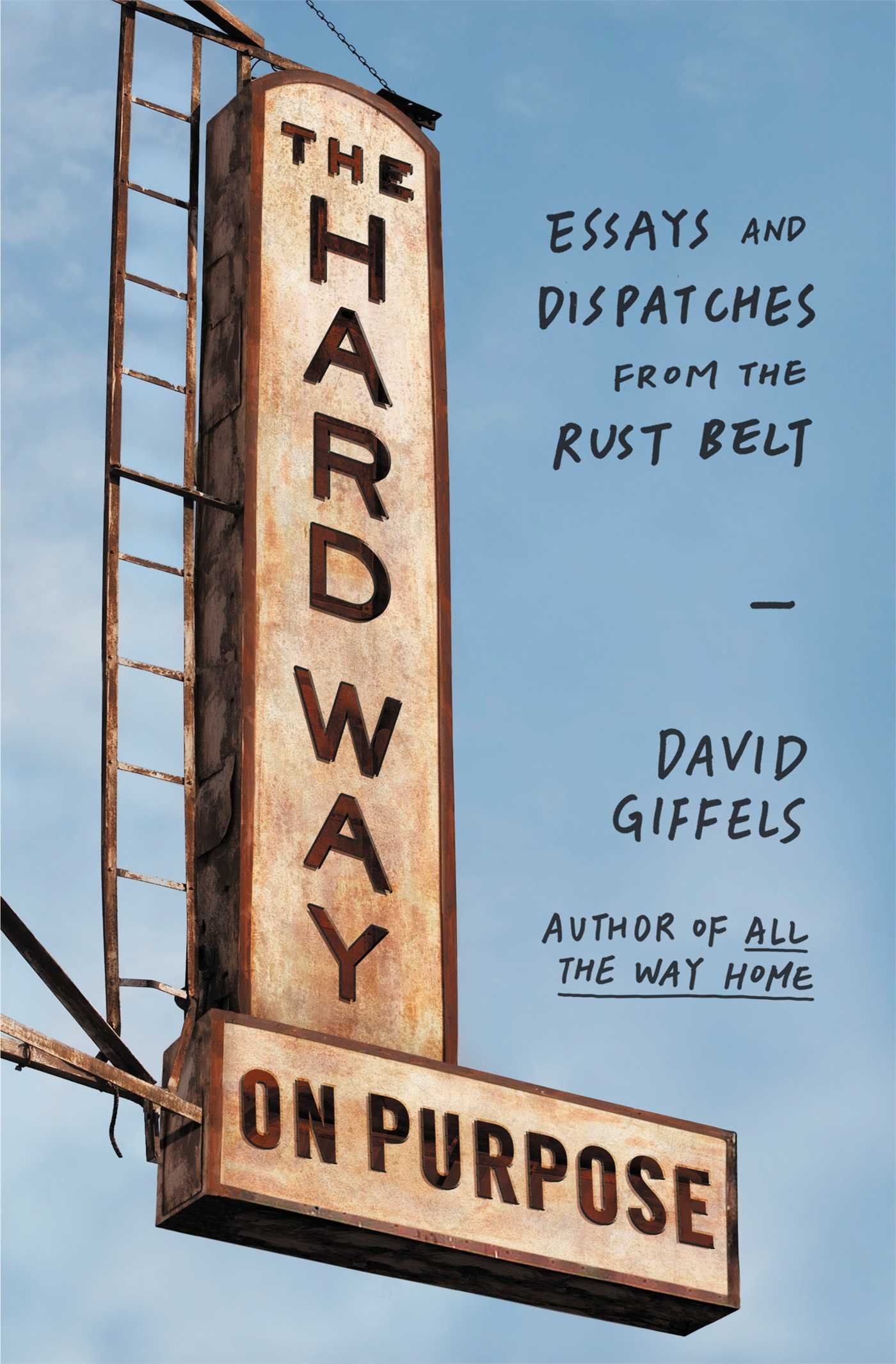 The Hard Way on Purpose: Essays and Dispatches from the Rust Belt, is a nonfiction title.  Author David Giffels takes us on his personal journey through the wreckage and resurgence of America's Rust Belt.  A native who never knew the good times, yet never abandoned his hometown of Akron.  Giffels touches on the idiosyncrasies of a region where industry has fallen, bowling is a legitimate profession, bizarre weather is the norm, rock 'n' roll is desperate, thrift store culture thrives, and sports is heartbreak.  This collection of essays talks about coming of age in the Midwest and about the stubborn, optimistic, and resourceful people who prevail there.

This book is available for sale in the Stark State College Store.

You can check out a copy from OhioLINK.    Search for the title here.

If you have a library card, you can also check out a copy from the following library systems: 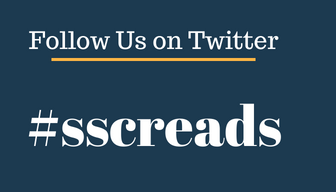 David Giffels is author of the critically acclaimed memoir, Furnishing Eternity: A Father, a Son, a Coffin, and a Measure of Life published in 2018.   His previous books include The Hard Way on Purpose: Essays and Dispatches from the Rust Belt, (2014) a New York Times Book Review “Editor’s Choice” and nominee for the PEN/Diamonstein-Spielvogel Award for the Art of the Essay, and the memoir All the Way Home (William Morrow/HarperCollins 2008), winner of the Ohioana Book Award.

Giffels is the coauthor, with Jade Dellinger, of the rock biography Are We Not Men? We Are Devo! and, with Steve Love, Wheels of Fortune: The Story of Rubber in Akron.

His writing has appeared in the New York Times Magazine, the Atlantic.com, Parade, the Wall Street Journal, Esquire.com, Grantland.com, Redbook, and many other publications. He also was a writer for the MTV series Beavis and Butt-Head.

He is an associate professor of English at the University of Akron, where he teaches creative nonfiction in the Northeast Ohio Master of Fine Arts Program.

Read the book!  (or at least an essay or two from it)  Talk about what you read with other students, faculty and staff.  Attend campus events. Participate in college wide activities and contests.  Join in the online book discussions in BlackBoard and keep an eye on the events calendar for more exciting and unique events taking place all year long.

Your brain requires exercise to keep it strong and healthy just like muscles in your body.  Why not exercise your brain today!

Login to BlackBoard https://blackboard.starkstate.edu/, go to Organizations and look for the Common Read: The Hard Way on Purpose 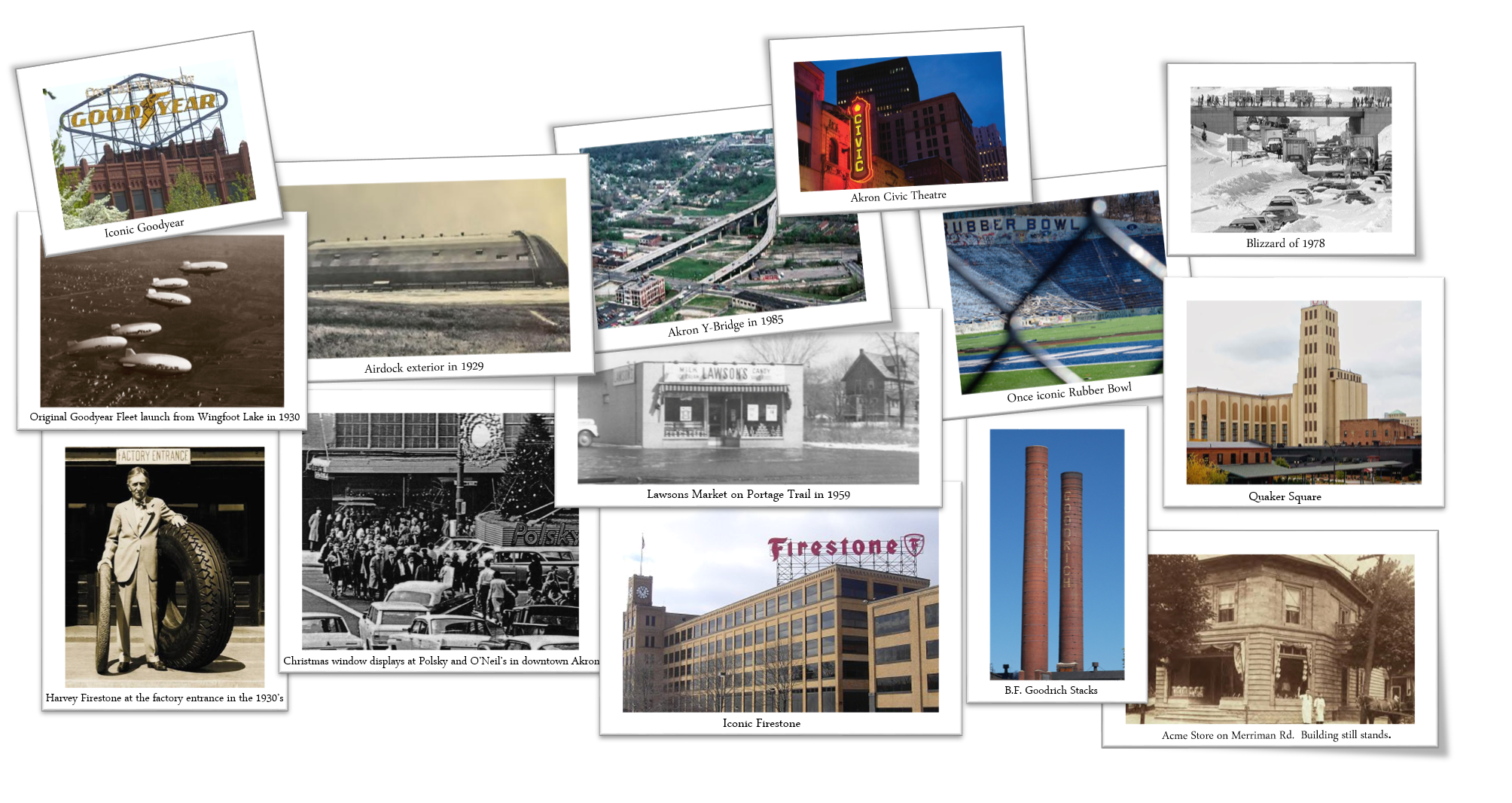